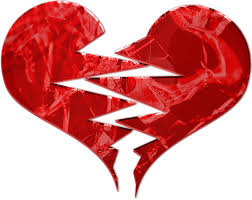 I’ve been pondering relationships with ex husbands. Or, wasbunds, as I prefer to call mine (he WAS my husband). I’ve come to the conclusion that once we raise children with someone, we develop an interdependence when we are committed to those children. Even after divorce. If something good or bad happens, we’re there, as parents. It’s easier on everyone, when we can be in the same room at the same time. And, it can take practice to do so…and I’m practicing, now.

My wasbund takes up a tiny space in my life, as we aim to have a civil relationship. It sure makes it easier to attend weddings and funerals and share our grandchildren, who live out of town. The other parts are not as easy. He has decided NOT to remarry, but introduces the woman he lives with as his wife. I like her and am so grateful that she’s with him. I’m rather curious though, about how she feels about being a non-wife, wife. My Mother had 2 children in her first marriage and felt that she could not have a civil relationship with her ex husband. She also shared with me that she felt embarrassed to say “Till death do us part” a second time, when she married my father. When the son of her first husband died, she forbade me from telling her ex, even after the funeral. I felt that this was entirely wrong, yet she stood firm.

When a friend of mine was getting her sons ready to send them off to attend her ex’s wedding, she decided that she must teach them to dance before they left, so they could have fun at the reception. And then, she wept through the whole ceremony, alone at home. Her ex was marrying her good friend.

Recently, an ex of my friend, died. She told me that even though she had not seen him in many years, this city seems different without him. She has also had more memories of the good times, now that he’s dead.

How do you feel about your ex? Do you aim to have a civil relationship with them? Or, do you wish bad things would happen to them? Do you think about them at all?