JUNE 2020: A peek into my romantic relationship… 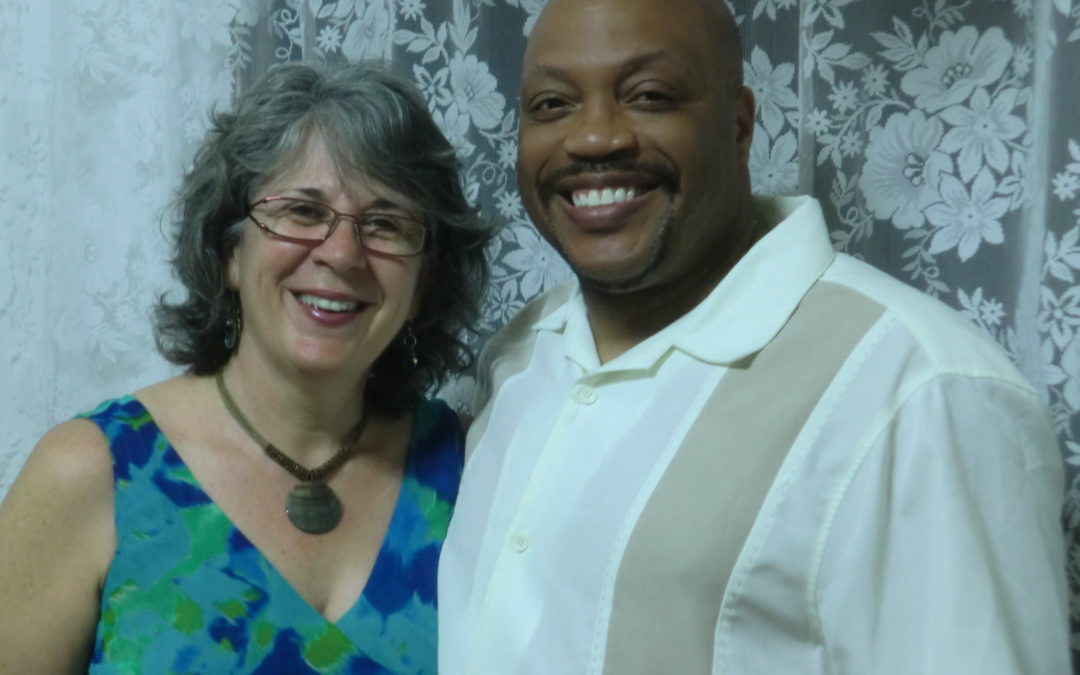 I am a white woman who has been in a committed romantic relationship with a black man for the past 7 years and it offers me precious insights into racism and race relations. I would like to share a few vignettes at this point in our love story.

We are regularly stared at in restaurants, by people of all races. We will never know what they are thinking. Once, when we were having breakfast with another mixed race couple and the server brought our separate bills, she had paired us off by race and not noticed our affection with our partners (ie. holding hands). We laughed it off.

We were walking along the Danforth on a summer evening when a woman glanced behind her and clutched her purse. In response, my boyfriend said out loud in a kind voice, “Yes – black man behind you, you’d better hold your purse” and she looked back, embarrassed. She looked right past him and straight at me and apologized. I was speechless.

The last scenario was when we were stopped by a police officer on my birthday, going out for ice cream. My boyfriend had driven through an amber light. I have never seen a police officer treat anyone as poorly for a traffic violation. The police officer was aggressive and in a raised voice ordered him to not to get out of the car and to wave out the window if he found his current insurance papers. Once he produced the current papers, he was given a written warning for going through a red light. I remembered other times that I had been stopped with outdated insurance papers and simply told the officer that I was still with the same company, and was trusted. I was infuriated that he was not as privileged. My normally self-confident man was cowed to stay safe in this potentially dangerous situation. Please understand that it’s more ‘acceptable’ to be black in Toronto than in any other city in Canada!

I was previously married to a police officer who’s white and I can count the number of times (on one hand) that someone asked me about his penis. The question was always if he was circumcised or not – in relation to what we would decide about circumcising our babies. I’ve actually lost track of the number of people who have asked or even speculated about my boyfriend’s penis. The questions are very different.

I feel what it might feel like for him in much of our social life when we attend parties where I’m the only white person. These parties are with people of Caribbean and Pan African descent and I’m ignorant to many of the cultural references or jokes. I’m also unqualified to help out with the foods, as I don’t know the spices or how to present these delicious dishes. I tend to fetch and carry or wash up the dishes. I watch my partner code switch or become who he is – a man of Jamaican descent. This is not acceptable in other situations.

I have come to understand how closely racism relates to most other “us” and “them” paradigms. Dividing the US and Canada is not that useful. Black people are killed here, too. I’m not going to compare the numbers because all black lives matter to me. One ‘death by cop’ is too many. Getting stopped ‘walking while black’ is a regular occurrence for many black men. They are delayed unnecessarily and cannot get upset about it, in the moment. It’s too risky. Recognize that my boyfriend needs to teach his children how to remain proud of their heritage, yet stay safe.

I re-read a piece from Peggy McIntosh recently and was reminded of an important insight that she made in 1989. She wrote: “I have come to see white privilege as an invisible package of unearned assets that I can count on cashing in each day, but about which I was “meant” to remain oblivious. White privilege is like an invisible weightless knapsack of special provisions, maps, passports, codebooks, visas, clothes, tools, and blank checks.” I understood this when I first read it. I feel it at a deeper level, now.

Let’s change the conversation? When someone starts to talk about how they feel and uses ‘us’ and ‘them’ language (religious prejudice, ableism, feminism, sexism, etc), please speak up? Be curious. Ask if they are aware of how they sound. Often I don’t and I’m always disappointed in myself afterwards. The time has come to step up. Say what you are thinking. My privilege as a white woman is my invisible knapsack. It’s time to unpack it to better understand what’s going on in Canada. 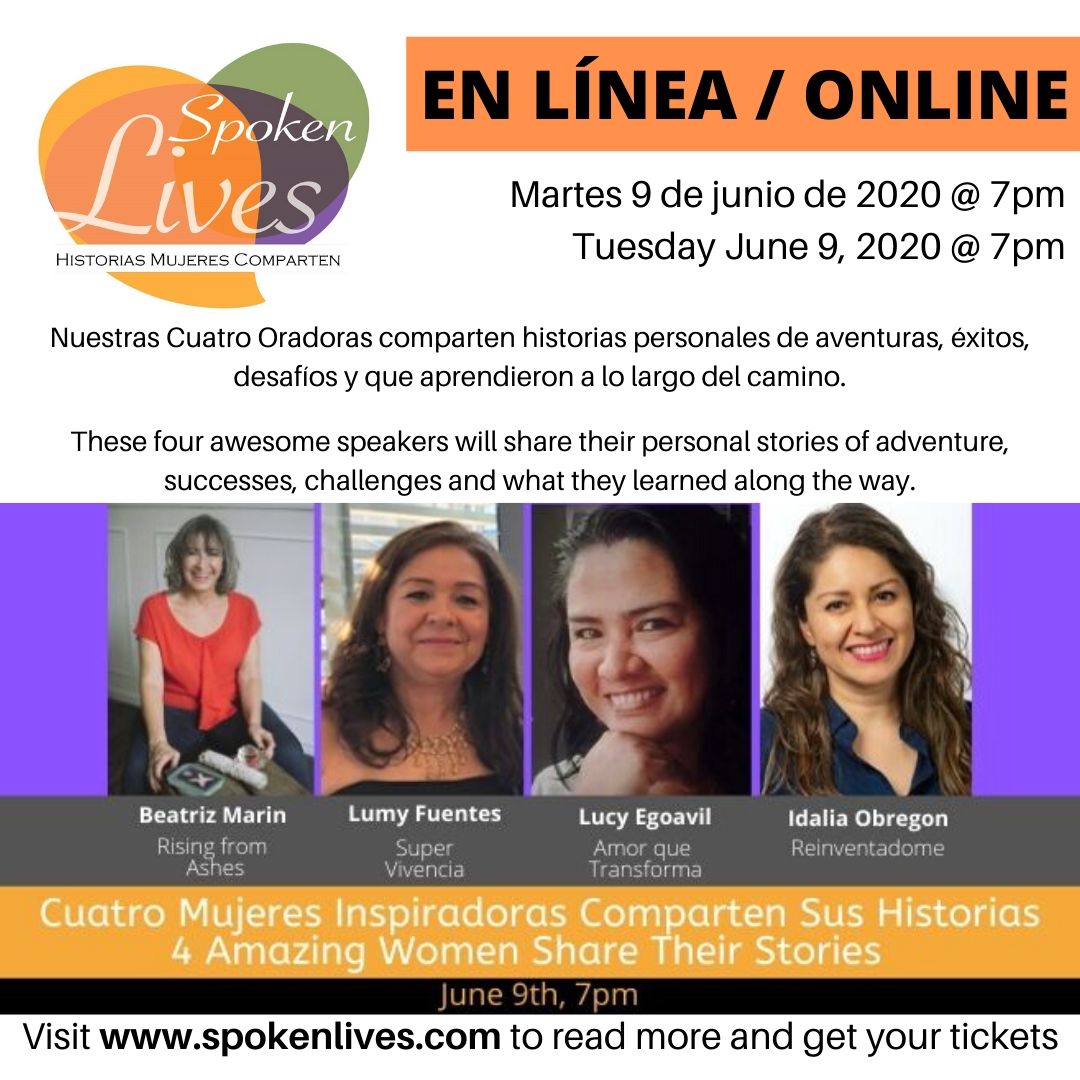 Tickets for Spoken Lives: Historias Mujeres Comparten on Tuesday, June 9th are now available on Eventbrite. Irma Paredes curated and hosts this event. Looking forward to seeing you soon! No geographic boundaries! Hear some great stories in the comfort of your own home.

Next up! Monday, June 23rd (pay what you can) Start time 7pm

Details and tickets for Spoken Lives Online: on Monday, June 25th are now available on Eventbrite. Pay what you can tickets. Elizabeth Verwey curated and will host this event. We can hardly wait to share it with you! Looking forward to seeing you soon!