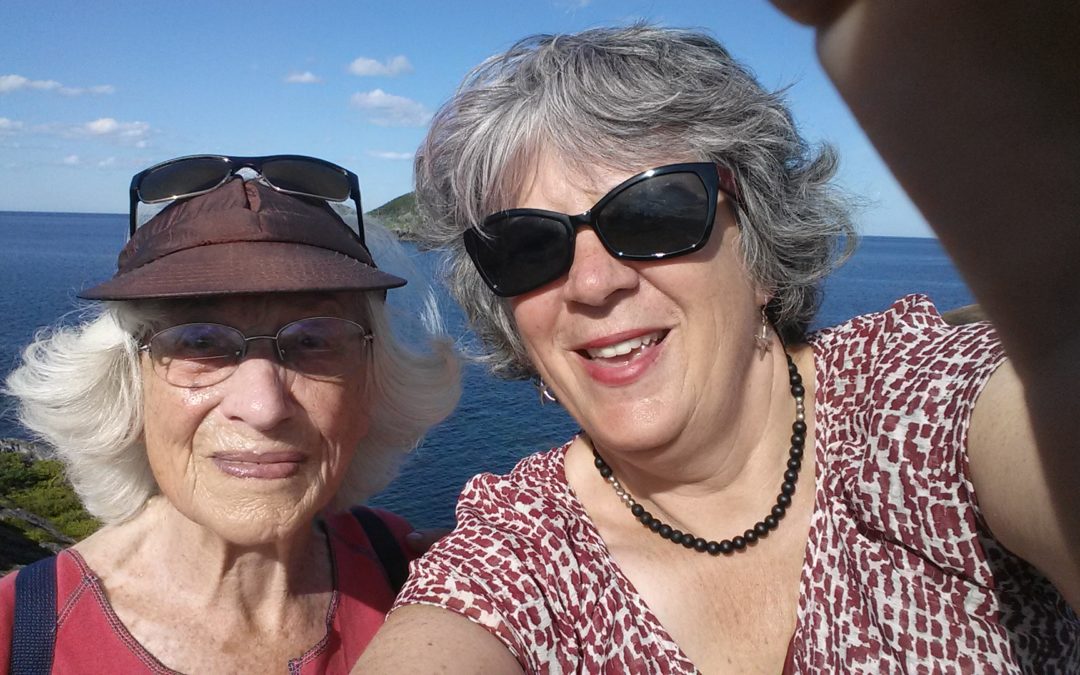 A few years ago, I told Razie Brownstone, “I want to be like you when I grow up”. She laughed out loud. I was in my 60’s and she was in her 90’s. She’s an inspiration to me! Modest, and so beautiful (inside and out!). Razie Brownstone is a fiercely independent woman who intimidated me the first time I met her. And, I have grown to love her.

We met in 2016, when we were working on the first stage show I produced in theatre. Razie had been the Props Mistress for over 2 decades and I was brand new to behind the curtain at the Alumnae Theatre Company (ATC). Stepping Out was the play and I asked Razie for a small table and she couldn’t hold back. As my head swirled in her answer, I quickly wrote down the difference between a prop and a set piece and she softened when she saw that I was eager to get it right.

During the run of Stepping Out, we hosted an 80’s event and invited the audience to dress up in 80’s wear to see the show. Razie wore a stunning 2 piece suit, which fit her like a glove. I found out that she had sewn herself in the 80’s! That’s when I discovered that she had previously run the Costume Department. Razie had also been the Treasurer at ATC. Was there anything this powerhouse couldn’t do?

When I heard that Razie drove herself to Newfoundland every summer and stayed for 3 1/2 months each year, I knew that she was a Maritimer at heart. I found out that she started camping each summer in Newfoundland over 40 years ago and bought a sweet home there a couple of decades ago. We bonded when I told her that I was born on Cape Breton Island.

I visited her in Salvage, Newfoundland in 2017 and when I arrived, she suggested that we take a walk. She hiked me over a mountain and I could barely keep up! Once we made it to the top, overlooking an expansive view, I asked her why we needed to do this hike right away. She said that her children didn’t like her to take this hike alone and she hadn’t been able to find someone to take it since she’d arrived that season. We had so much fun! We were great room mates and only wished we had more time together.  We cooked for each other and went to the Winterset Festival in Eastport, where Michael Enright hosted many of the events. We both have a crush on the way his mind works! Yet, her curiosity rivals his – she’s so eager to learn.

I learned that she was born in Winnipeg, married in 1947 and had 3 children. She’s lived in Minneapolis, Regina, Boston, Jamaica, Ottawa and settled in Toronto. After 31 years, her marriage ended in divorce.  Her three children have gone on to produce six grandchildren and three great grandchildren! She’s in her mid nineties now and could out move most 50 year olds. Razie started dancing when she was a child and stopped taking dance classes in her 70’s. Her first performance in school was the lead in an adaptation of The Wizard of Oz. She acted the part of Dorothy and has been involved in theatre and dance her whole life! Now, she acts in many of the commercials you have seen on TV. In fact, last year was her best year yet! Razie was invited back to act in the French version of a commercial she did for McDonald’s and has provided entertainment at a few evenings for industry events.

During her career in Toronto, Razie was the Director of the Inuit Gallery for 20 years. It was the first Eskimo art gallery in the world. She delighted in discovering new artists and curated 7-10 exhibits per year. Razie did the research and curated an exhibit of Eskimo antiquities at that gallery. She brought attention to many artists of the north who were then empowered to make their living through selling their art.  When Razie went to buy Inuit Art in the north (Baffin Island, Baker Lake, etc.) she would arrive and find out where the teacher or priest lived. She would knock on their doors to find shelter for the night. There were no hotels or stores there in the 1970’s. She recently told me that she needed to carry the food and other provisions she would need for her whole trip. She flew from community to community in hopper planes and aimed to visit three communities per trip. She’s one feisty woman, folks!

Her Maritime home is decorated with local folk art and her Toronto home has her favourite Inuit art and each home has a few of her original water colour paintings and pottery pieces. Razie first studied pottery in Regina and had a studio when she lived in Ottawa and Toronto. A collection was assembled to represent the potters of Canada and Razie had two pots in the collection that toured the whole country. Razie is aware of how her creative work has evolved over time and her self awareness inspires me to be more introspective in my own creative efforts. She lives in awareness and is a life long learner.

Currently, Razie has an exercise routine that she does three times per week. She reads voraciously and follows the Blues music scene in Toronto. She dances on her own or with anyone who wants to move with the music. During our recent COVID lock down, she’s been dancing to Blues in her own kitchen.

Razie says that there’s no secret to living a full life. Just keep doing what you like to do. Wise words from my wise friend. Trying to get there. I do plan to be like her when I grow up! 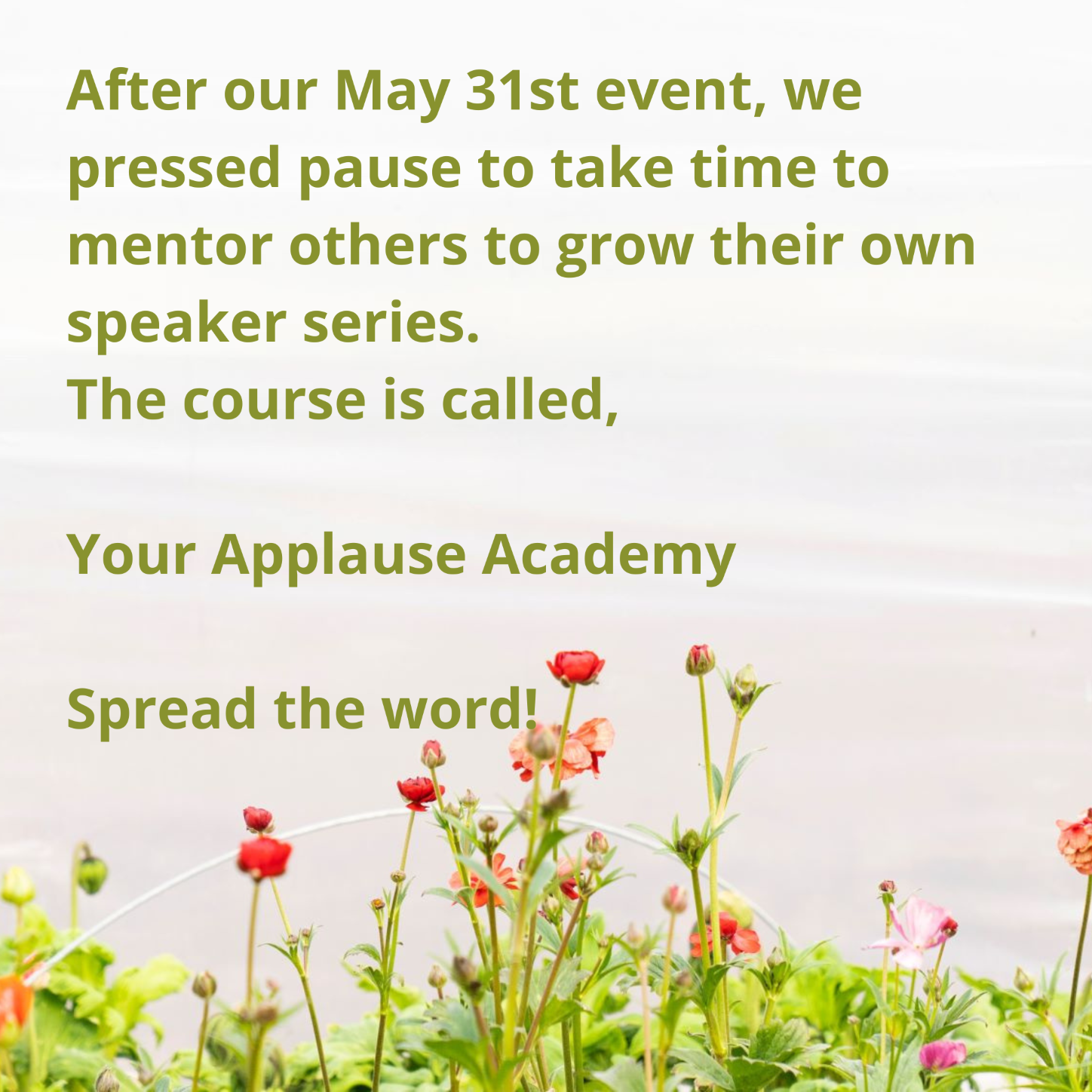 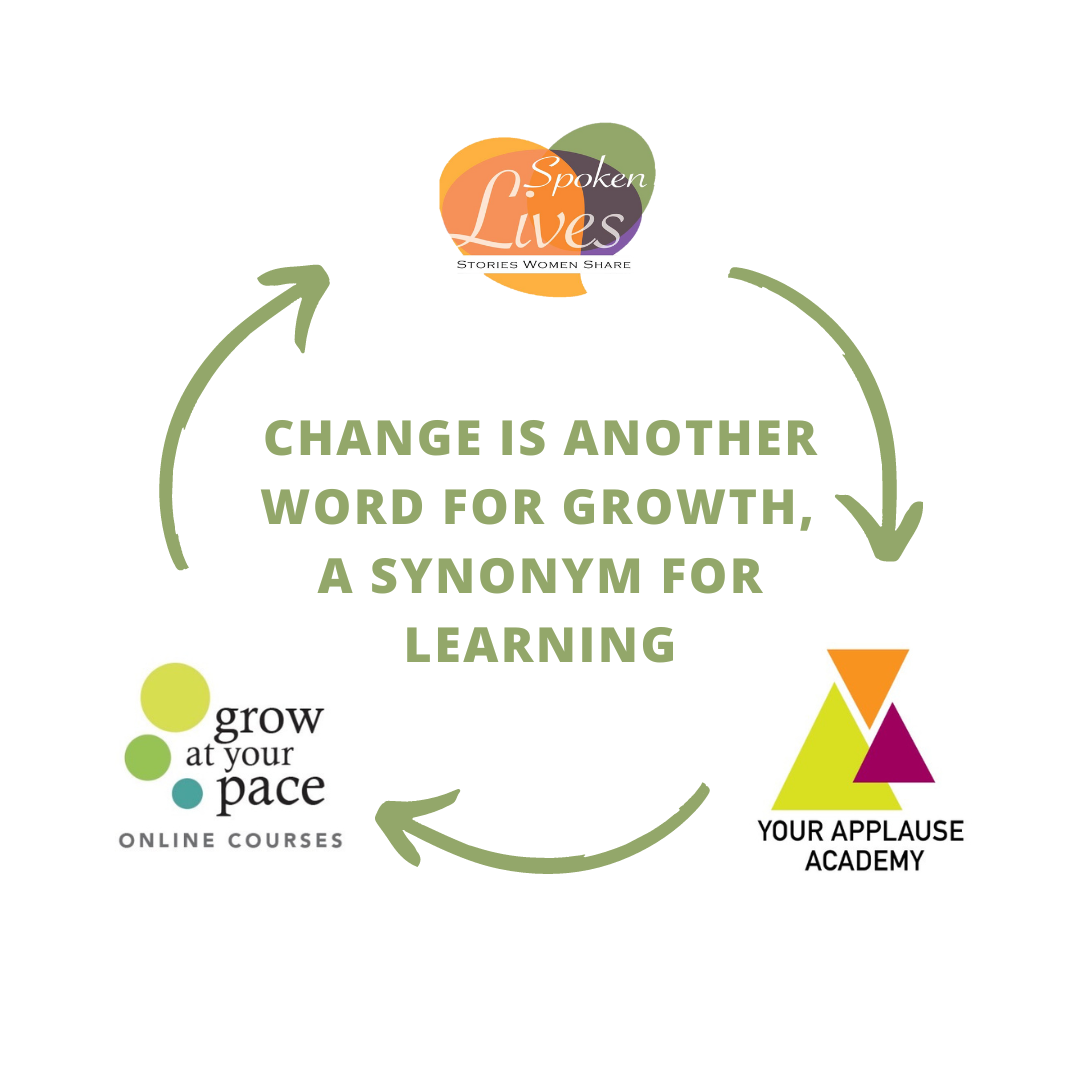